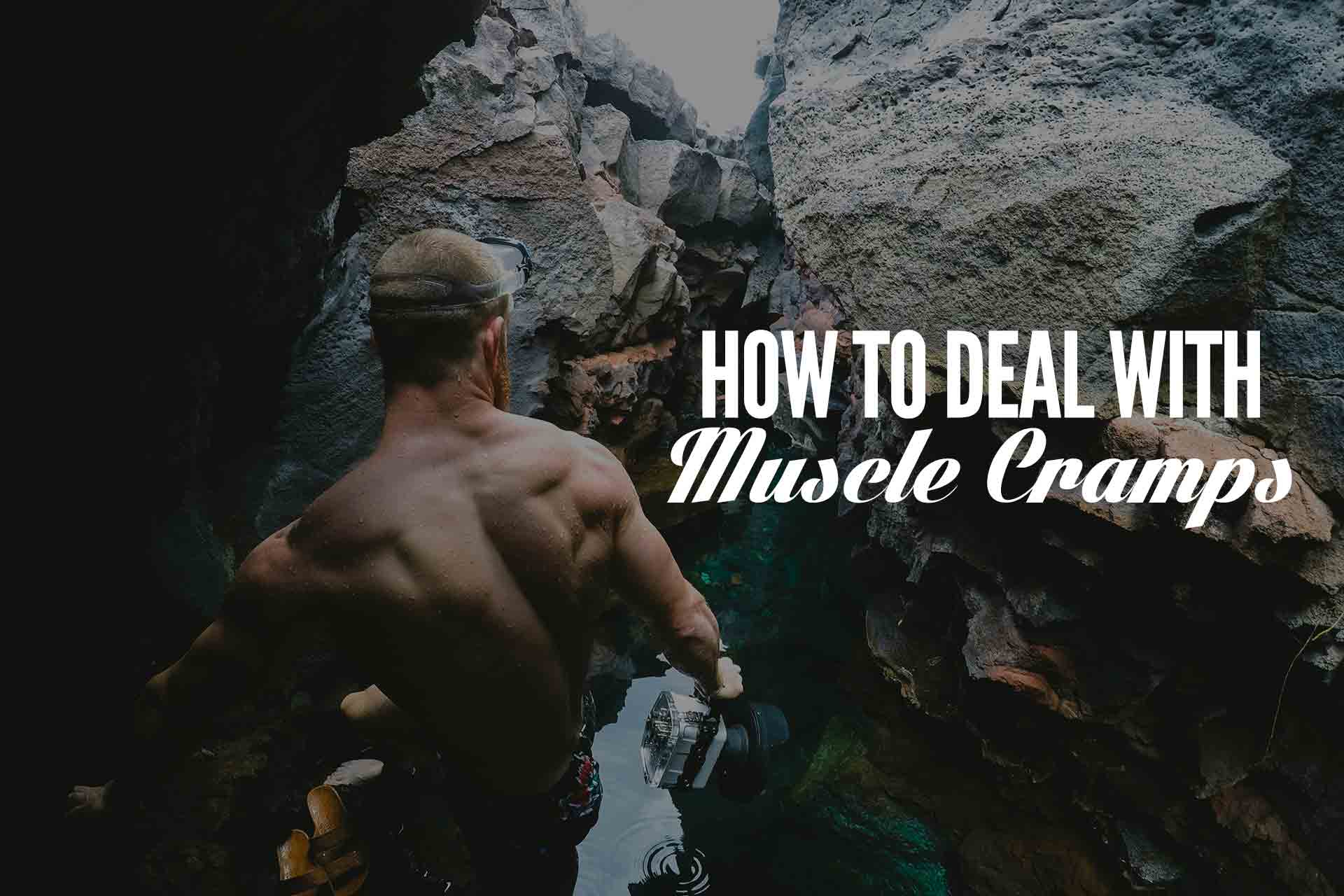 Muscle cramps are temporary contractions of the muscles and they usually appear during physical effort. The sensation is similar to the one you have when you feel a strong, involuntary tightening of the muscle group that you can’t control any more. There are many causes which bring about cramps, but they happen most often because of insufficient warming up before training.

Good and correct warming up has two stages:

the general one (cardio), for increasing the body temperature (running, cycling, etc.) and the specific one, during which the main joints and groups of muscles which will be involved in training are warmed up. It is enough not to give, from different reasons (rush, superficiality, ignorance), the necessary time or importance to one of these stages, and cramps can become a current phenomenon.

As important as warming up is the relaxation stage after the training. This has, like warming up, two stages: a dynamic one (aerobic) and a static one (stretching). It is meant to ‘calm down’ the body and to eliminate the muscular tension and the catabolic products resulted from the training. Lack of relaxation can slow down the process of recovery of the body, having often as result cramps during the next training and sometimes even during repose.

Cramps may also appear because of electrolytic imbalance, which can result from massively losing electrolytes through abundant perspiration. Recovering hydro-electrolytic balance is a priority and it can be realized through balanced and varied nourishment, rich in vegetables and fruit and completed periodically with nutritional supplements, poly-minerals and poly-vitamins.

When muscular cramps appear during training, the first thing you must do is stop the effort which produced the cramps. Massaging the affected zone is a good idea. This will intensify blood circulation in that group of muscles and will remove faster the catabolic products resulted from the training.

It is also the moment for light stretching, from which will benefit not only the affected zone, but also the antagonist muscles. This exercise is meant to put again in place the muscular fibers, in their usual alignment, contributing to the relaxation of the muscles, but also to elongating and making the muscular group affected by cramps more elastic.

Another benefit element could be a warm shower, which will contribute to bringing the tensed muscles back to normal through peripheral vascular dilatation.

Ignoring the cramps can have as a result more or less grave situations, from muscle tightening to muscular rupture. Besides the physical effects of the cramps, the sportsman can also be affected psychologically. He will not dare intensify the training any more, being frightened of these casual contractions. He can even become hypochondriac, suspecting any common muscle pain during effort or post-effort to be a symptom of cramps.